Care Of baby Goat (kid) after parturition (giving birth)
After birth, thoroughly clean the mucus away from the nose, mouth, and throat. Weigh the kid, tag the ear, and dip the navel cord in 7-percent iodine to prevent navel joint disease.
Make sure each kid receives its mother’s first milk (colostrum) within the first 24 hours after birth (within the first one to four hours is best). The first milk is rich in antibodies that helps the kid fight diseases.
The sooner the kid nurses, the more antibodies the animal can absorb. After 24 hours, the kid’s ability to absorb antibodies from the colostrum is minimal, and shortly after that, none can be absorbed. 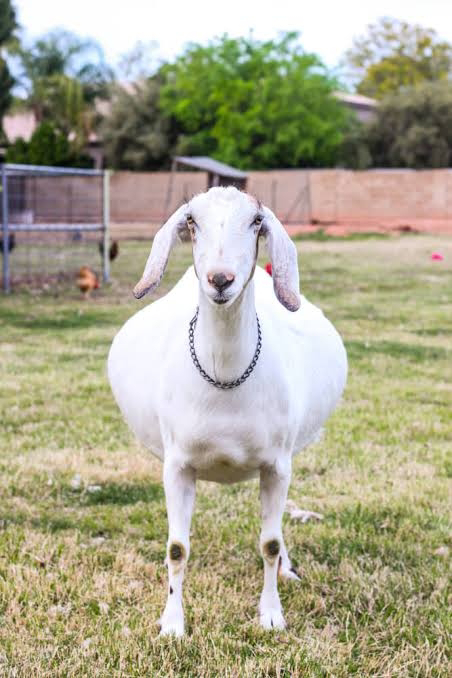 In the case of orphans, provide colostrum from another doe that has just given birth, keep frozen colostrum on hand, or use a good colostrum replacer or supplement. Efforts can also be made to force a doe that has given birth to a single kid to adopt an orphan.
The adoption process between animals may not be as easy as it seems. First, try isolating the adopting parent in a small pen with the orphan.
Hold or securely tie the doe, allowing the kid to nurse the doe several times during the day, or use a type of grafting gate, available commercially at several equipment websites (or make your own). Sometimes, using a smelly menthol-type rub in the doe’s nose, on each kid’s face, rump, and belly can make all the kids smell the same.
Hopefully, after seven to 10 days of the kid(s) nursing the doe, she will think the kid(s) is hers and decide to keep it as her own. If this process does not work, stick with bottle feeding. If there are several orphans, a kid milk feeder can service up to 10 orphan kids at one time.
In goats, neonatal deaths usually occur when the doe is in poor condition during the last third of pregnancy (50 days) and the kids receive inadequate consumption of colostrum during the first six hours of life. Neonatal deaths are also higher during extreme weather conditions.
For more information about kid care, see: Kidding Management or Keeping Your Goats Healthy.
Kid care after birth (post-natal care)
Kids should be provided solid food within the first three weeks of life to stimulate the rumen development, and for early weaning and forage consumption. Provide feed with at least 16 percent crude protein-free choice.
Some producers do not creep feed because of the inconvenience or added expense. Because mothers need extra feed for lactation, if the feeder is low enough for kids to eat, some mothers will let the kids share their food.
At six weeks of age, and again three to four weeks later (as per vaccine label), give the kids  tetanus vaccine (toxoid). If wethers are to be sold, castrate them by at least 45 days old. Don’t wait too long to castrate males because it may be more painful to the animal and there may be greater chances for infection, especially if open castration procedures are done. If the males are not castrated, wean them and remove them from the females before they reach four months of age to prevent accidental pregnancies.
Advertisement