The type of Drug you should never use for your layers (laying chicken)
I know many of us are already into the business while some people just want to venture into the business.
I remember last year I called my vet doctor about which drug not to give my laying chicken and you will be surprised at his reply.
He really don’t tell me the reasons but I have to read a lot and to find out the reasons why he said what he said.  Well let’s go through this post to find out and I drop some references to back it up for more clarifications.
The name of the drug or the type of drugs never to use is Sulfur,  sulfa,  sulphur.  Depending on the spelling. 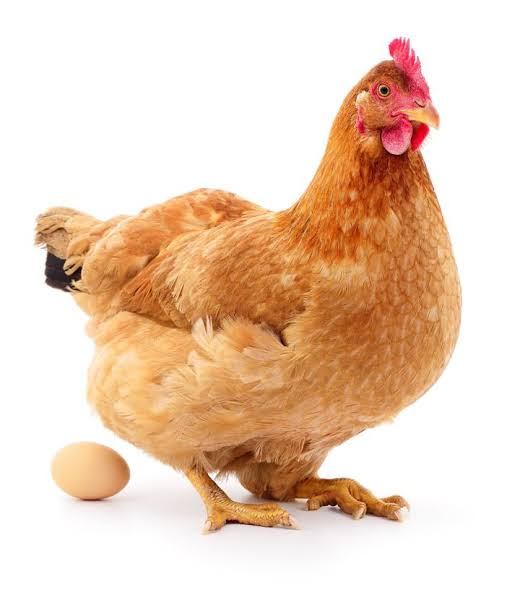 Don’t ever use sulphur, sulfa,  sulfur based drug for your layers,  laying chicken because it reduce the egg production.
It causes them not to lay egg again.
These will cause you to loose your investment.
And for the chicken to be back to normal,  it might take weeks.
So before giving drug to your layers,  please read the ingredients, read the drug composition .
Below extract from research.
Egg Production
In Figure 1, the results of a single ex- periment are presented to show the effect of the drug on egg-laying. Apparently the laying fowl can tolerate as much as 0.03 percent sulfanilamide in the total ration and continue to lay eggs.
Egg production is almost entirely inhibited at the 0.5 and 0.2 S percent levels. The intermediate levels of intake while not inhibiting egg laying tend to decrease rate of production.
The oral administration of a single large dose (2.5 grains (0.16 grams)/pound of live weight) of the drug likewise disturbs the rhythm of egg laying, Figure 2. Of the 12 birds fed the drug in capsules, two failed to resume laying in the ensuing 16 days except for the egg laid on the day im-mediately following the feeding of the sulfonamide.
For the most part a resump-tion of the normal egg laying cycle occurred in three to four days after administering the drug.
Shell Thickness
The influence of the drug on shell texture is most striking. Field trials conducted well in advance of the time that the present study was undertaken demonstrated that sulfanilamide caused a thinning of the egg shell, a roughened shell surface and a de-crease in shell pigment.
Under controlled laboratory conditions the addition of sulfanilamide (0.5 to 0.008 percent) to the diet of laying hens exerts an immediate effect upon the quality of the egg shell. Macroscopically, the shell texture of eggs laid on the second day following the withdrawal of sulfanilamide from the diet is restored to the normal condition. The original shell thickness, however, is not attained until after four or five days have elapsed. With the inclusion of smaller dosages of the sulfa drug (0.004 to 0.002 percent) shell texture appeared to be nor-mal macroscopically, but a definite decrease in shell thickness could be demonstrated.
The average shell thickness for the eggs
SUMMARY
1. Sulfanilamide was fed to laying pullets in amounts ranging from 0.5 to 0.002 percent by halving successive dosage levels to determine its toxicity for the fowl.
2. The laying hen can tolerate 0.03 per-cent of this sulfonamide in the total . ration without suffering an adverse in-fluence on egg production. Concentra-tions of 0.25 percent or more will inhibit egg production.
3. Shell thickness and the concentration of sulfanilamide in the diet vary inversely with each other in a linear manner.
4. Fortifying the ration with fish oil, cal-cium carbonate, casein, yeast or man-ganese failed to alleviate the toxicity of the drug. This was likewise true for supplements of stilbestrol, KI, Fe2 (SOJs and CuS04.
5. The adverse effect of the drug on shell texture can not be explained solely on the basis of premature expulsion from the shelK gland. Sulfanilamide appears to exert a specific inhibition on the secretory ability of the shell glands.
The authors are indebted to Dr. CI . Bliss, biometrician of the Connecticut and Storrs Agricultural Experiment Stations, for assistance in the statistical analysis of the data.
REFERENCES
Allen, R. W. and M. M. Farr, 1943. Sulfaguanidine as a prophylactic during the period of acquire-ment of resistance by chickens to cecal cdc-cidiosis. Am. Jour. Vet. Res. 4:50-53. Bieter, R. N., A. B. Baker, J. G. Beaton, J. M. ‘ Schaffer, T. M. Seery and B. A. Orr, 1941.
Nervous injury produced by sulfanilamide and some of its derivatives in the chicken. Pre-liminary report. Jour. Am. Med. Assn. 116: 2231-2236.
Cardoso, D. M., P. Nobrega, J. Reis, 1938. Acao da sulfanilamida sobre a infeccao por “Pas-teurella avieida”‘ em aves. Arquiv. do Instit. Biologico, Sao Paulo, Brazil, 9:253-260. .Delaplane, J. P. and H. O. Stuart, 1941. The
chemotherapeutic value of sulfathiazole in pre-venting and treating infectious coryza (Hemo-philus gallinarum infection) in chickens. Jour. Am. Vet. Med. Assn.,.99-.41-42. Hinshaw, W. R. and E. McNeil, 1943.
Experi-ments with sulfanilamide for turkeys. Poultry Sci. 24:291-292. ..,•• .
Levine, P.. P., 1940. The effect of sulfapyridine on experimental avian coccidiosis. Jour. Parasitol. – 26:233-235.
Levine, P. P., 1941, The coccidiostatic effect of sulfaguanidine (sulfanilyl guanidine). Corn. Vet. 31:107-112.
Luginbuhl, R., 1942. Curative experiments on fowl paralysis. Private communication.
Minard, E. L. and E. Jungherr, 1942. Unpublished results.
Reis, J., 1939. JDuracao da imunidade conferida por injecoes simultaneas de “Pasteurella avi-cida” e sulfanilamida. Arquiv. do Instit. Biologico, Sao Paulo, Brazil, 10:301-303.
Scott, H. M., 1943. A note on abnormal shape of egg. Am. Naturalist. 74:185-187.
The original article
The Effect of Feeding Sulfanilamide
to the Laying Fowl
H. M. SCOTT, ERWIN JUNGHEER, AND L. D. MATTERSON
Department of Poultry Husbandry and Department of Animal Diseases,
Storrs Agricultural Experiment Station, Storrs, Connecticut
(Received for publication March 9, 1944)
Advertisement